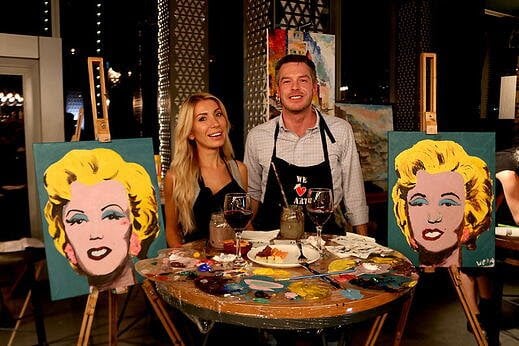 Virtual Tour of The National Gallery of Art, Washington, D.C.

This famous American art museum features two online exhibits through Google. The first is an exhibit of American fashion from 1740 to 1895, including many renderings of clothes from the colonial and Revolutionary eras.

One of the most famous paintings in the National Gallery, Titian’s Bacchus and Ariadne illustrates a story told by the classical authors Ovid and Catullus. The Cretan princess Ariadne has been abandoned on the Greek island of Naxos by Theseus, whose ship sails away in the distance.

The second is a collection of works from Dutch Baroque painter Johannes Vermeer.

Warhol liked to keep mummified feet from ancient Egypt in his studio?

There are a lot of great stories out there about Andy Warhol, including a lot that he told himself. One of the best, though, had to be about the mummified foot.

See, Warhol was a hoarder, and he used to fill warehouses with his stuff. He used to create ”time capsules”, filled with random objects, and it was discovered later that one of those objects was a foot from Ancient Egypt. Where did he acquire it? Not sure, but one theory suggests a flea market – which could be another story unto itself.

Some Wonderful Words From Our Artlovers

The best part of WLA is watching our Artlovers unleash their inner artists and leave us speechless. So it is time to show off what our community is creating all around the world.

”Give me a museum and I’ll fill it” -Pablo Picasso

The US artist Andy Warhol was an important member of the visual art movement called pop art. He used many types of mediums in his long career, such as hand drawing, painting, printmaking, photography, silk screening, sculpture, film and music.

‘Turquoise Marilyn’ (1962) was replicated from a magazine still. The artist has placed her on a plain backdrop and used vibrant colours on her eyes, lips and earrings to make them prominent.

Our Next Paint & Grape

We hope you Artlovers are enjoying the holidays! Last week we had a lovely Paint & Grape session before the summer break.

Our next Paint and Grape, the first one after the holidays, will be a lovely evening session. We will be painting the gorgeous Golden Tears by Gustav Klimt!

Looking forward to see you all!

Yet another very successful Art Course.  We are so proud of all the children for completing the Kidz Love Art Course; they have truly shown the creative spark in them.

Our Next Kidz Love Art Course will commence after the holidays, and we can’t wait to have another amazing group of children explores their creative side! 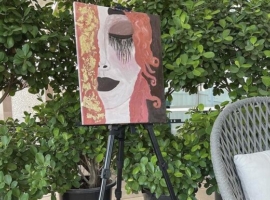 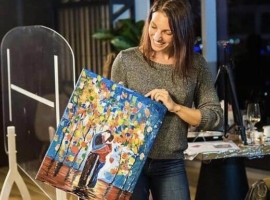 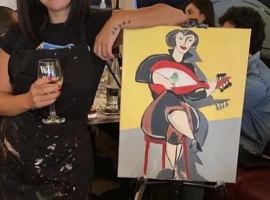