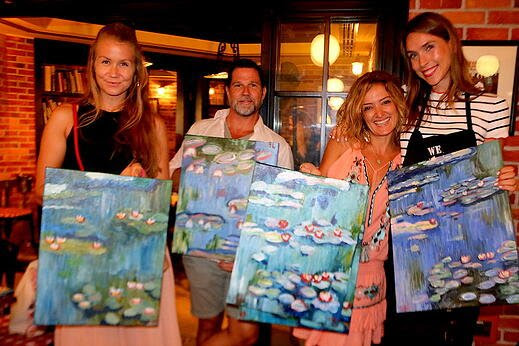 Since opening its door in 1969, the National Museum of Modern and Contemporary Art (MMCA), Korea has lived through the history of Korean art. In the process, MMCA established itself as a representative institution of Korean modern art.

The museum’s four branches, including Gwacheon (opened in 1986), Deoksugung (opened in 1998), Seoul (opened in 2013), and Cheongju (expected to open in 2017), each in its own way, will continue to carry out MMCA’s commitment to the art and culture of Korea by enriching the first-hand cultural experience of the viewing public. Boasting a superb natural landscape surrounding the site, MMCA Gwacheon will be devoted to various genres of visual arts such as architecture, design, and crafts.

Bob Ross painted more than 1,000 landscapes for his television show — so why are they so hard to find?

Bob Ross made three versions of each painting that appeared on “The Joy of Painting.” The first was made before the show, to be used as a reference.

He painted the second during the 26-minute taping, sometimes with last-minute improvisations. The third was made afterward, for instructional books.

New York Times has solved one of the internet’s favorite little mysteries.

Some Wonderful Words From Our ArtLovers

The best part of WLA is watching our Artlovers unleash their inner artists and leave us speechless. So it is time to show off what our community is creating all around the world.

”What is done in love is done well”- Vincent Van Gogh

Water Lilies is not a name of a single painting, but a name of a series of works. Claude Monet painted more than 250 water lilies paintings. Along with Starry Night by Vincent van Gogh, Water Lilies are the most iconic images of Impressionism.

In all of the “Water Lilies” paintings, Monet focuses on the surface of the water. He dispenses with any representation of the land or sky, only showing their reflection in the water.

Our Next Paint & Grape

We hope you ArtLovers are enjoying the holidays! Are you all excited for our next Paint & Grape?

Our next Paint and Grape will be a lovely evening session. We will be painting the phenomenal Frida Kahlo by Denise Schmitz!

Looking forward to see you all!

Let your kids beat the heat these summer holidays with our latest and most special, Paint a Pair double box.

Select two canvasses of your choice to create the perfect art gift for children. Simply choose your favourite designs and proceed to check out! 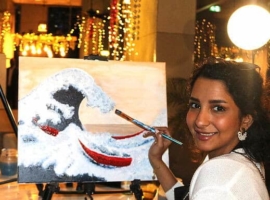 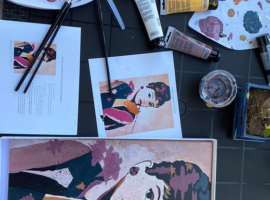 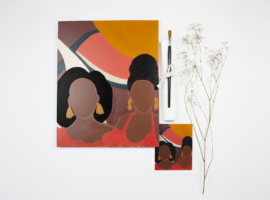