Artists We Love And Their Mental Health

Home > Blog  > Artists We Love And Their Mental Health 13 Oct Artists We Love And Their Mental Health

Posted at 16:21h in Blog by Mitali Somaiya 0 Comments

Vincent van Gogh once said, if you hear a voice within you say ‘you cannot paint,’ then by all means paint, and that voice will be silenced..

When it comes to art, there’s no secret that some of us still feel overwhelmed, and that to consider yourself a real artist, you have to be a professional.. Truth is, each one of us are born with the desire and ability to express ourselves, and art is an incredible way to achieve this, especially in terms of our mental health.

The subject of mental illness and art has often been discussed, especially in recent years. It is undeniable that there is a relationship, especially if we think of art as an elementary form of human communication. From this perspective, artistic production would be a form of output, a release valve.

Did you know that many of the artists that we admire today for their commendable work, once suffered several mental health problems, such as depression and anxiety? While suffering from bouts of mental illness, these artists brought to us wonderful art. During times when their mind was playing tricks with them, they used painting as a way to relax and cope with their illness. Sadly, their mental illnesses often caused them to doubt the beauty of their own work and talent.

In order to spread mental health awareness, we will introduce to you life stories of five artists who suffered from mental illness – and how their medical condition affected their art.

By far, the most famous example of an artist with mental illness is the immensely popular Vincent van Gogh. He suffered from anxiety and depression throughout his rather short life, and expressed ‘’I put my heart and soul into my work, and lost myself in the process.’’

Van Gogh was a Dutch post-impressionist painter of landscapes, self-portraits and still life works. He was not commercially successful during his lifetime, and his death, at the age of 37 from a self-inflicted gunshot, came after years of mental illness, depression and poverty. Ironically, he became much well known after his death, and is now considered one of the most influential artists in the history of Western Art. His art, with bold colours and brush strokes, such as his very famous Starry Night, shows not only a tortured mind, but also unmatched talent.

Known as the ‘Old Curmudgeon’, who hid away in his studio only to emerge at night to walk the streets of Paris, Edgar Degas was famous for his impressionist works. Degas visited salons with a small circle of fellow patrons and artists, and bristled at any intrusions from art critics. In a grumpy tone, he once wrote to his critics: ‘’Is painting done to be looked at? Do you understand me?’’

In the 1880’s, Degas suffered from severe aimlessness and depression. In a letter, he expressed: ‘’I’m blocked, impotent, I’ve lost the thread’’. To add insult to injury, he spent the last years of his life nearly blind, meaninglessly wandering the streets of Paris. Although he had friends and family, his irritable sense of humor tended to push people away from him. All these issues, yet the man was able to create such stunning art. Degas left us in 1917, but isn’t it amazing how a grouchy man like himself could have made such light-hearted and beautiful paintings of dancers in blue, singers, and people enjoying themselves at the races?

‘’I cannot get rid of my illnesses, for there is a lot in my art that exists only because of them”, wrote Edward Munch, the Norwegian painter, famous for painting the Scream, and for being one of the main artists of the Expressionist Movement.

Munch’s family background already predisposed him to possible mental illnesses. When he was young, one of his sisters, and his mother died of tuberculosis. His father also suffered from depression and his other sibling was diagnosed with schizophrenia. Due to these repercussions, Munch had a mental breakdown in 1908, which was intensified by alcoholism, for which he was admitted to a mental health clinic in Denmark.

In addition to the known mental health problems, the painter still faced other issues: in 1937, Hitler’s government confiscated his works, and labelled it as ‘’degenerate art’’.

We often think about the Scream as a very famous painting, but little do we know that  the painting was created after he was out for a walk at sunset on a fjord overlooking Oslo. He said that as the sun began to set, the sky suddenly turned blood red. ‘’I stood there with trembling anxiety and I sensed an endless scream passing through nature.’’ In fact, the painting represents human anxiety in a modern world, much of which Munch experienced throughout his life.

Munch said that sickness, madness, and death were the ‘black angels’ that guarded his crib. Later, Munch was diagnosed with Neurasthenia, a clinical condition associated with hysteria. Hence, when we look at his work, we can see figures whose sense of despair and anguish are evident. The strokes and colours that Munch uses in his compositions often demonstrate his own state of mind; he saw his mental illness as a motivation for his art.

Known as the famous flower painter, the American artist Georgia O’Keeffe suffered from situational depression. After her two month hospitalization for a nervous breakdown treatment, things became tough. She had to abandon a mural project for Radio City Music Hall; while her husband Alfred was having an affair with a woman almost two decades younger than herself. Naturally, this caused her to get depressed and abandon further projects.

It was only when O’Keeffe visited Mexico after her hospital stay, that she began to gradually recover. She lived in the north of Abiquiu and moved in permanently in 1949. The beauty and warmth of the area really helped her heal and inspired some of her most beautiful landscape paintings. 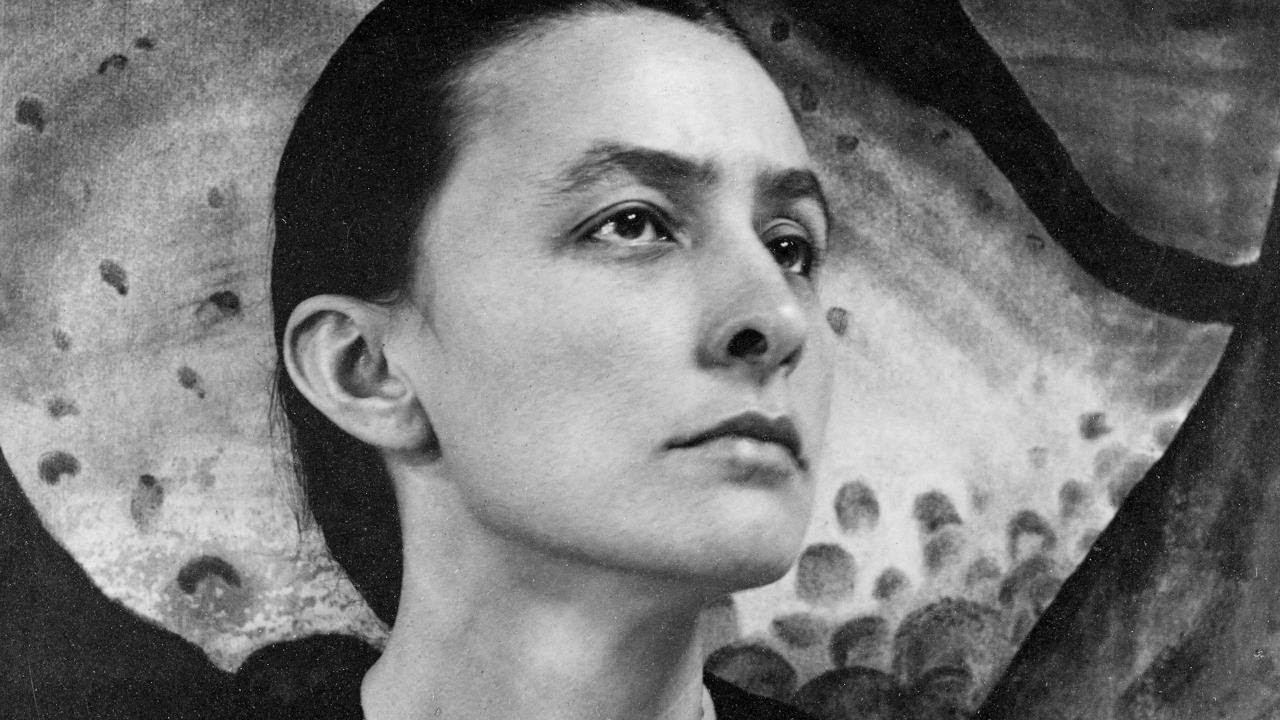 As artlovers, we can’t help but feel gratitude towards these incredible artists that made memorable works of art as a cure to their mental health problems. We want you to know that you are not alone, and it’s never too late to create beautiful art. Do you want to step in the shoes of these wonderful artists? We have specially curated for you the We Love Artboxe  Start by trying out our paint by numbers kit for adults, which truly feels like pure meditation and you will be amazed by the artwork you create.