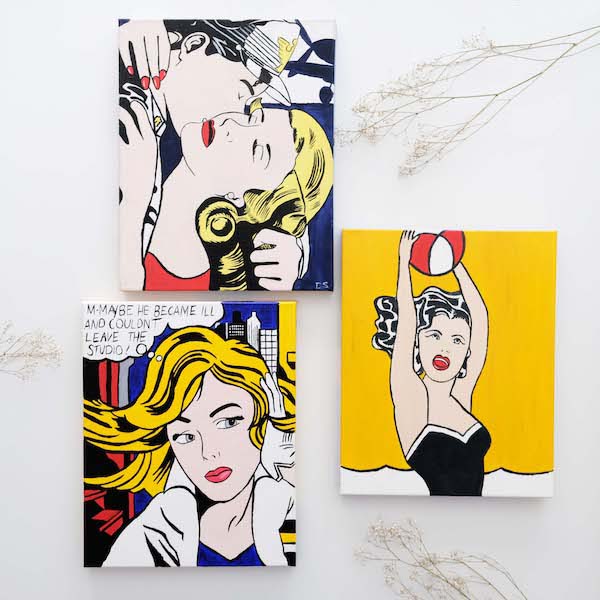 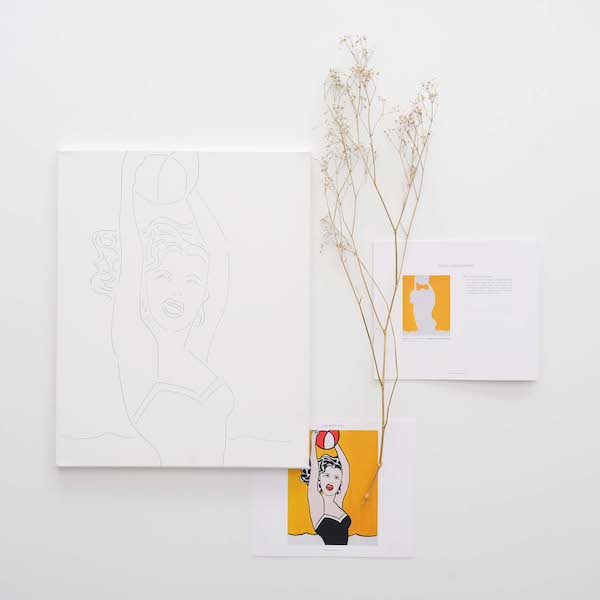 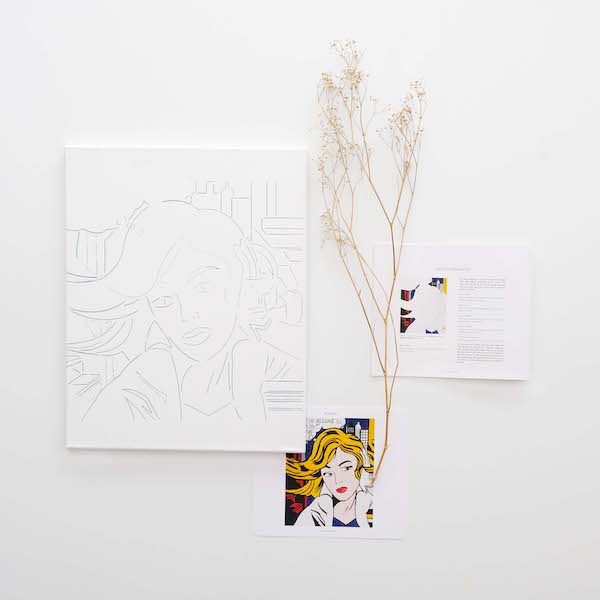 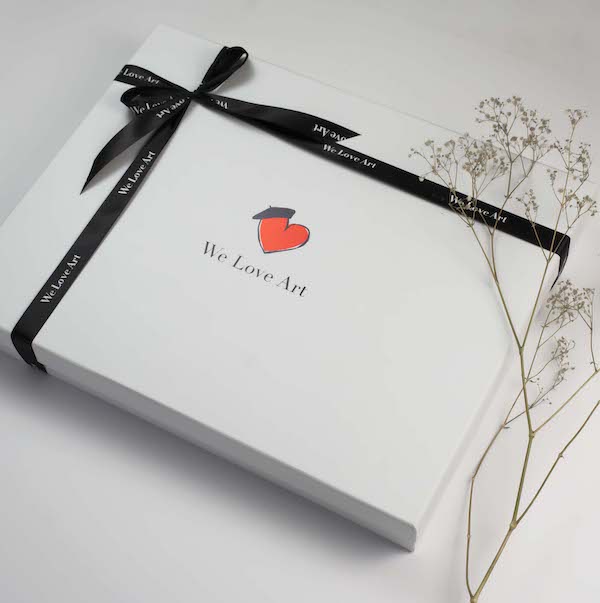 American artist Roy Lichtenstein was born in New York City on October 27, 1923, and grew up on Manhattan’s Upper West Side. By combining painting and comic books, he closed the gap between “high” and “low” forms of art.
Enjoy this beautiful triple canvas box featuring Roy Lichtenstein’s M-Maybe, Girl with Ball, and The Kiss.

This hand-crafted We Love Artbox is for all skill levels and contains a curated set of masterpieces:

*Paint and brushes not included.

Considered one of the greatest artists of the Pop Art Movement, Roy Lichtenstein used an opaque projector to display his chosen panel on a canvas and create his comic and cartoon works. He then traced the drawing with paint and added the Ben-Day dots with a stencil.

The Kiss by Roy Lichtenstein (Painted in 1961)
Roy Lichtenstein’s painting “The Kiss” appears as if it is a cut-out from a newspaper comic, it depicts a scene of a meeting sealed with a kiss.
This was his first painting inspired by comics.

M-Maybe by Roy Lichtenstein (Painted in 1965)
Glamorous women in troubled cities crop up frequently in Lichtenstein’s pop artwork, and M-Maybe is one of the most famous examples of that. As is a common theme among these works, she awaits a man in a vague but urban setting. The text and her expression jointly capture her continuing worry and anticipation. Lichtenstein was an artist, like so many others, who would find a preferred colour scheme and use it repeatedly over an extended period of time.

There are no reviews yet.

Be the first to review “The Lichtenstein Collection” Cancel reply