What Makes Henri Matisse So Unique 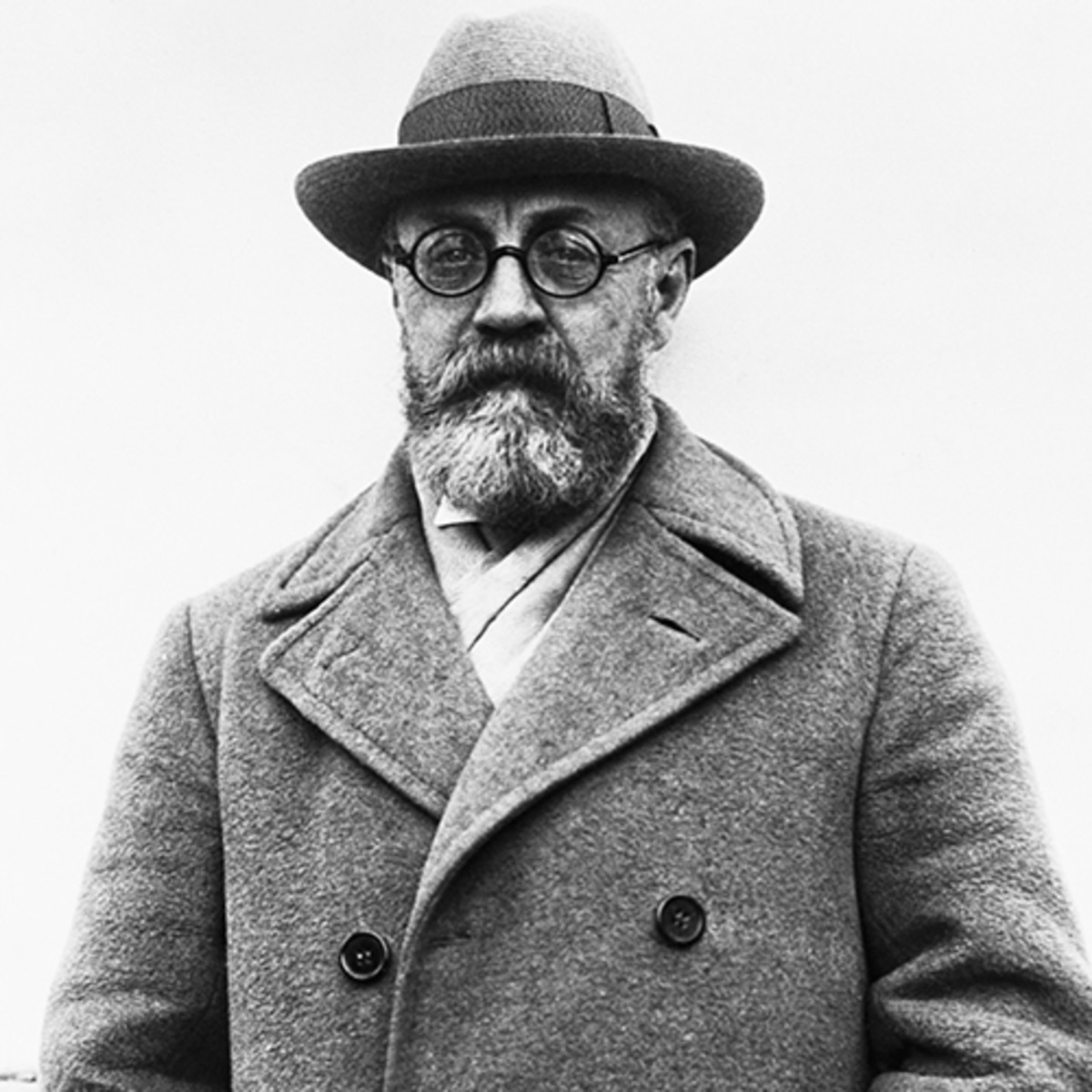 Posted at 12:33h in Blog by Mitali Somaiya 0 Comments

Born on New Year’s Eve in 1869, Henri Matisse became one of the most influential French painters of the 20th century. Matisse embraced life-affirming subjects; not only did his use of bright colors and distorted shapes lead to the rise of Fauvism, but his works served as inspiration for both his contemporaries and the artists who came after him. By drawing creativity from his fellow artists, Matisse helped shape modern art and colourism by trying out different media, styles and movements.

What really paved the way for modern painters is when he created one of his most famous pieces ‘Woman with a Hat’, known as one of his best works from the Fauvism movement.

Keep reading to find out some mind-blowing facts about the fascinating artist.

You know what they say…’’Some beautiful paths cannot be discovered without first getting lost’’, and this stands true for Matisse – because he did not plan to become an artist, but a lawyer. He attended law school, passed his exams in 1888, and worked as a law clerk until he came down with a severe case of appendicitis in 1889. While he was recovering, his mother gifted him art supplies for entertainment. It was only then that he discovered his passion for art and decided to become an artist. Did you know that it wasn’t until after Matisse was exposed to Post-Impressionist works, particularly those of van Gogh, and experimented with them himself, that his work embodied the “wild” characteristics that later became known as Fauvism.

2. His wife was the inspiration behind some of his very famous art techniques

It is very well known that behind every successful man, there is a woman, and for Matisse, his colours were inspired right after he married Amelie Parayre, after which he started studying the works of Romantic landscape painters. He then travelled to Corsica and the Côte d’Azur, where the primary colors he’d been using in an Impressionist style became brighter, inspired by the landscapes he encountered on the Mediterranean coast. He travelled more throughout his life and allowed his atmosphere to shape his art.

3. Matisse and Picasso were indeed, rivals

Sun Tzu famously quoted.. ‘’Keep your friends close, but your enemies closer.’’ On the surface, it may seem that Matisse and Picasso had a lot in common, and rightfully so: both were inspired by Paul Cezanne and Gertrude Stein, and most importantly, both played with unconventional colours and forms in their work- however, both men did not have an immediate liking towards one another when Stein introduced them in 1906 in her Paris salon.

Alas, after several years of rivalry, both of them did begin to enjoy each other’s company. Matisse said about Picasso ‘’We’ve got to see each other often, because when one of us goes, there are things the other will no longer be able to say to anyone’’. Yet, what was never left behind was the competitive nature of their relationship. They fiercely debated aesthetics and many of their works were painted in response to something they’d seen painted by the other. Infact, Matisse famously called their relationship a ‘’boxing match’’.

4. Some of his pieces were highly controversial

For the public and some critics, especially in the US, his radical use of colour was sometimes perceived as outrageous and even offensive. Reactions could be passionate – in 1913, when Blue Nude travelled to Chicago, students at the Art Institute burned an effigy of the work. Here is why:

Though reclining female nude figures have been prominent in the art world as far back as the Renaissance, Matisse’s 1907 Blue Nude painting features a distorted model rather than a more idealized female image. Yet, despite criticism, it was an inspiration for one of Picasso’s best-known works. It was exhibited when Picasso was working on Demoiselles, and though Picasso criticized it, he then drew on Matisse’s nude as inspiration, along with African masks he’d seen in a museum after Matisse showed him an African statue! Talk about irony.

Infact, Matisse himself precipitated the most significant controversy of his career. A famous text in 1908,  “Notes of a Painter,” he stated as his ideal an art “for every mental worker, for the businessman as well as the man of letters, for example, a soothing, calming influence on the mind, something like a good armchair which provides relaxation from physical fatigue.” Spurling writes that the metaphor “has done him more harm ever since than any other image he might have chosen.” She further elaborates; that this passage links him with topics of violence and destruction; which could only be neutralised by the serene power of art.

And hence, Matisse was only able to reverse this perspective when he was inspired during his exotic visit to Morocco, where he created dozens of odalisques. In 1917, Matisse moved to Nice, where he would live throughout the 1920s. Along with interiors, odalisques were his primary subjects during the Nice period. 5. Matisse’s art was as graceful as the way he aged

Betty Freidan once quoted that “Aging is not lost youth, but a new stage for opportunity and strength’’. Matisse spent the last years of his life on a wheelchair. But this, did not stop him. Since it was tricky to physically paint, the artist switched to the cut-out technique. He made paper shapes with a scissor, which he then arranged using a long stick in a technique he called “painting with scissors.” It was during this time that dance and music really inspired him, leading him to create some of his famous pieces Dance and Jazz, which transformed his musings on life with images of colourful cutouts. 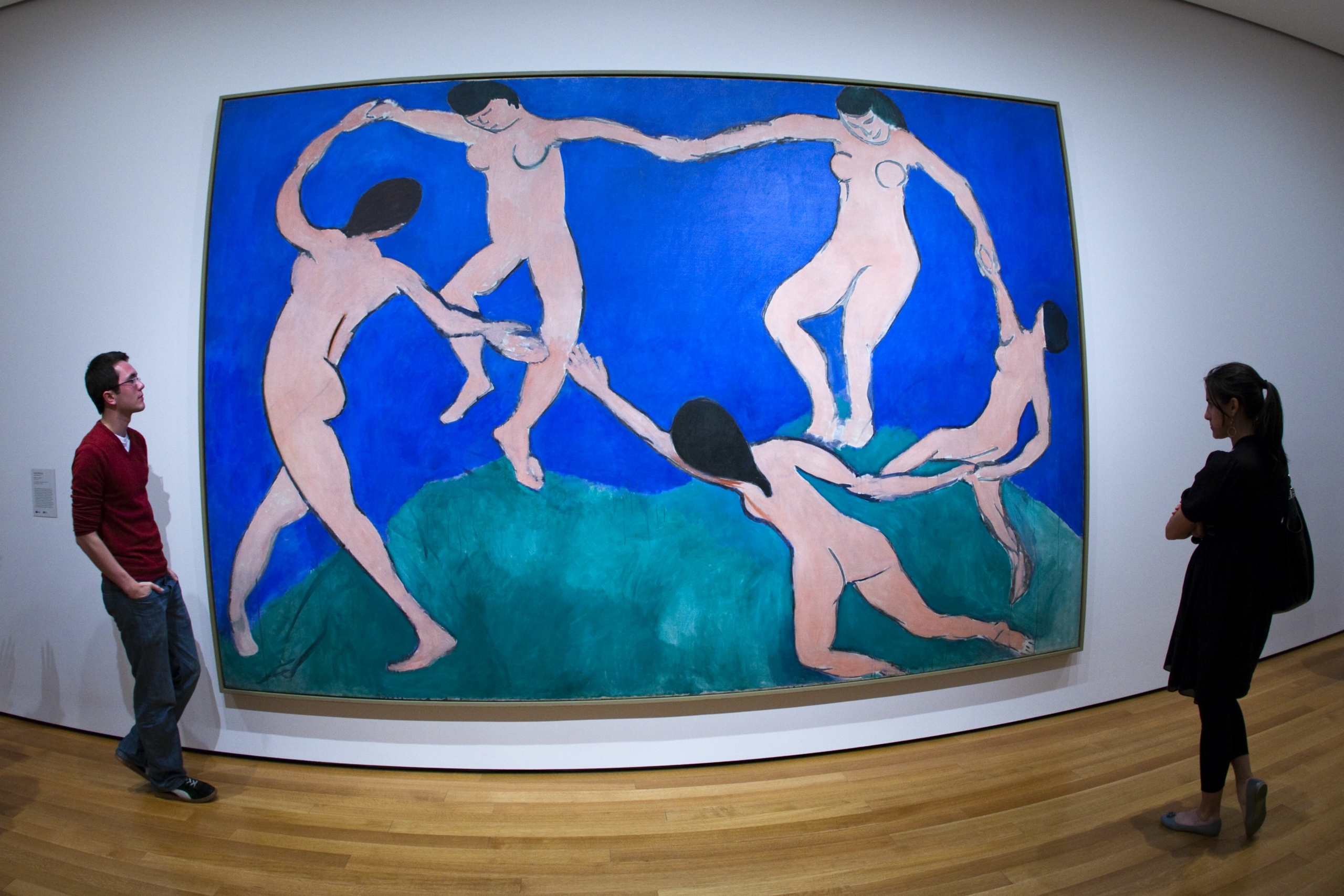 It would be worth knowing that besides his cats, he absolutely loved doves, that he purchased from vendors in Siene. This was the main innovative idea of his cut-outs; where the dove shape appeared and was also one of his painting models that Picasso named as ‘Dove of Peace’. It was in his last days, that Matisse gifted these precious birds to again one of the most closest people to his heart, Picasso.

Feeling inspired yet? There’s just so much to love about Matisse. Did you know that with the We Love Artboxes, you can easily try out canvas painting for beginners. You can now create your own paint by number kits for adults.

Paint your own “Dance by Henri Matisse“. 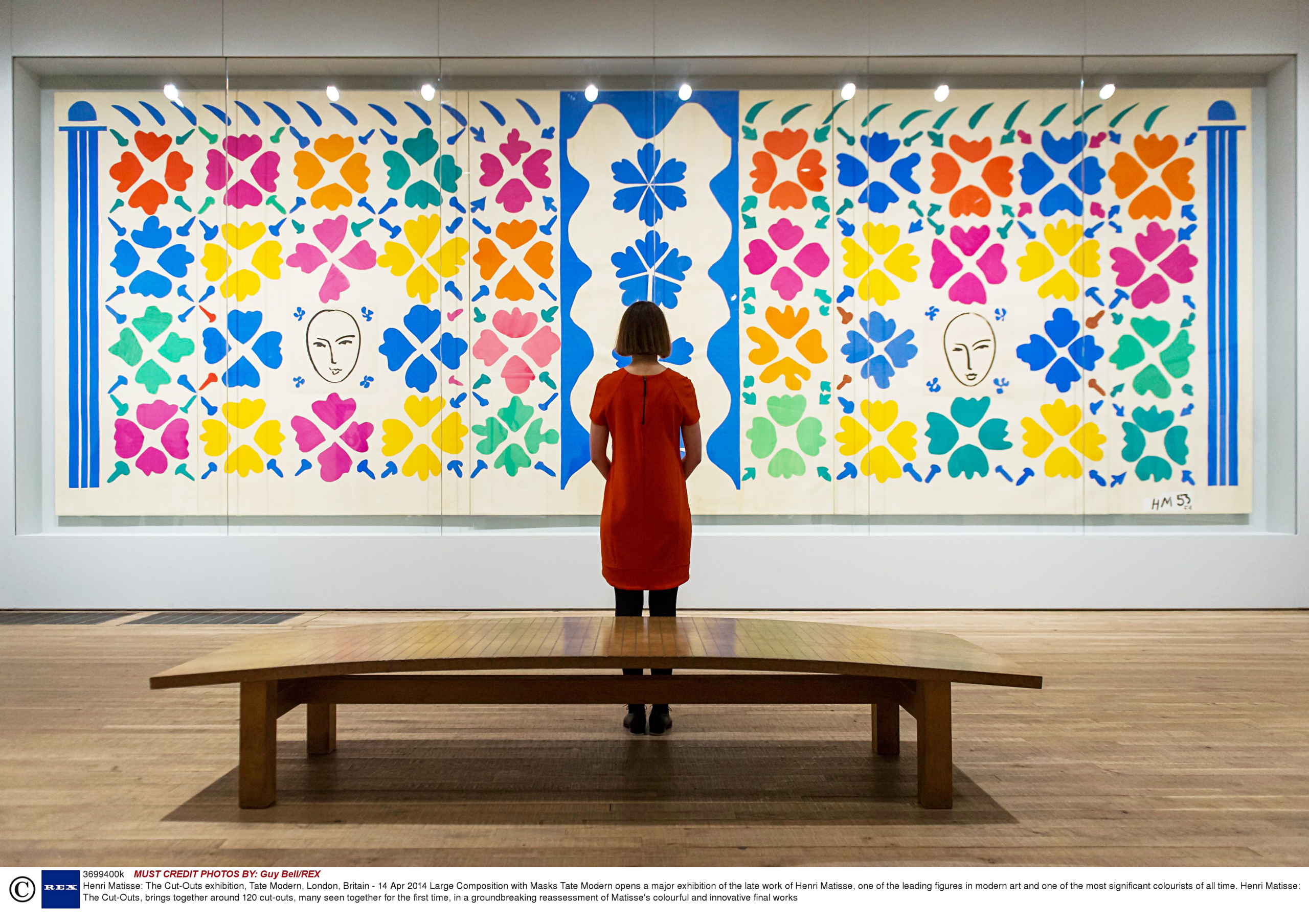